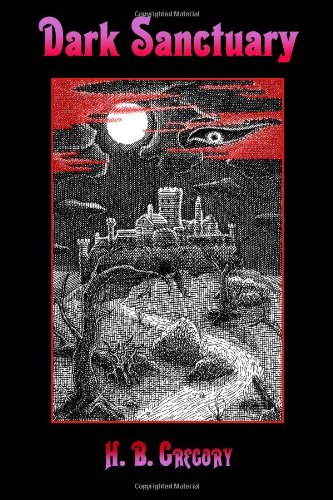 Selected as one of the thirteen best novels of supernatural horror of all-time by the late author/editor Karl Edward Wagner, Dark Sanctuary more than lives up to its legendary status. First published in 1940, this powerful novel of Lovecraftian horror takes place in a demon-haunted abbey off the Cornish coast. H.B. Gregory demonstrates a sure hand at sustaining a sense of mounting dread surprising in a first novel. The story opens with Anthony Lovell, Sr., master of the ancient abbey of Kestrel and its like-named island off the Cornish coast, raving in madness and fear over the ancient family curse that "dwells in the bowels of the abbey rock." What has caused his madness is unclear, but it is obviously linked to something seen or experienced in Kestrel's ancient crypts. Lovell's son is called back from London and, soon thereafter, John Hamilton, a free-lance journalist and friend to the younger Lovell, makes his way to Kestrel as well... Virtually unobtainable for over sixty years, the 2001 edition from Midnight House sold out quickly, leaving many aficionados of the weird tale disappointed. This new edition from Dancing Tuatara Press reprints the informative introduction by D.H. Olson from the Midnight House edition and adds a new introduction by John Pelan and an interview conducted with the author shortly after his ninety-second birthday.

After writing a masterpiece of supernatural horror, Harry Gregory tried his hand at science fiction for young readers and had series produced for showing in the Saturday matinee’s. However, family life and increasing responsibilities in the banking business were sufficient to curtail any further ambitions of fiction writing. H.B. Gregory joins that short list of authors who produced one masterpiece of supernatural horror that by itself ensures their immortality, such as Philip George Chadwick (The Death Guard), J.U. Nicolson (Fingers of Fear), Francis Brett Young, (Cold Harbour), and Chandler H. Whipple (The Curse of the Harcourts); fairly illustrious company. As a novel, Dark Sanctuary stands alongside such more familiar masterpieces as Charles Williams’ The War in Heaven, Dennis Wheatley’s The Devil Rides Out and other tales of man’s struggle against eternal evil.