Items related to Love on the Run

Ryan, Marie-Nicole Love on the Run

Love on the Run 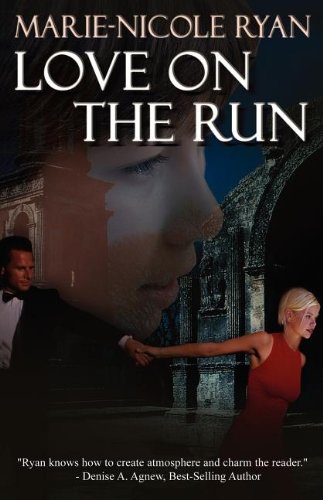 Caught in the sights of a killer, David and Miranda fight for life-and the chance to love again. Miranda Raines thinks she has found a safe haven in Oxford, England, until Scotland Yard DCI David French knocks on her door with terrifying news. Her ex-husband, a convicted murderer, has escaped from prison and he's coming for her. Miranda, who for years has harbored a secret love for the driven Chief Inspector, has no choice but to trust him. She just hopes she can guard her own heart at least as well as he guards her. After thwarting her ex's first attack, David spirits Miranda and her young son out of England and the three of them end up on the run across Europe. David has no intention of falling in love again, but with each passing day Miranda awakens passions he thought long dead. Could this be their forever love? With a killer on their trail, they may not live long enough to find out. This is a previously published title and is revised with additional scenes. Warning, this title contains the following: explicit sex, graphic language.

About the Author Marie-Nicole Ryan was born in a small western Kentucky town, but after college and marriage, she said "Good bye" to small town life. After spending three years as an army wife, she landed in Nashville, TN, where she spent several decades working as an R.N. and case manager. Finally in 2002, she achieved her dream of becoming a published author. She loves all lawmen and detectives and writes erotic historical western romance and contemporary romantic suspense. TOO GOOD TO BE TRUE, won a 2008 EPPIE for erotic romantic suspense. One of her early books, SEE YOU IN MY DREAMS, won the Golden Wings award from the publisher for excellence in romantic suspense. In addition, her mystery/suspense novel, ONE TOO MANY, was a 2009 EPPIE Finalist. She's a long-time member of RWA®. Sshe returned to her old hometown in western Kentucky. When she's not slaving away at her current work in progress, you might find her walking her dog Cassie, a Sheltie rescue, or at the Y. But you won't ever find her in an airplane. No, not ever. She’s a member of Romance Writers of America® To learn more about Marie-Nicole Ryan, please visit http://marienicoleryan.com. Send an email to Marie-NicoleRyanNews-subscribe@yahoo.com to keep track of her latest releases. Or you may follow her on Facebook and Twitter.

Buy Used
Condition: Fine
Item is in like new condition with... Learn more about this copy

Book Description Samhain Publishing 2008-09-01, 2008. Paperback. Condition: Fine. Item is in like new condition with minor shelf wear. Might have a remainder mark or slight wear from sitting on the shelf. Seller Inventory # DS-1599989638-1