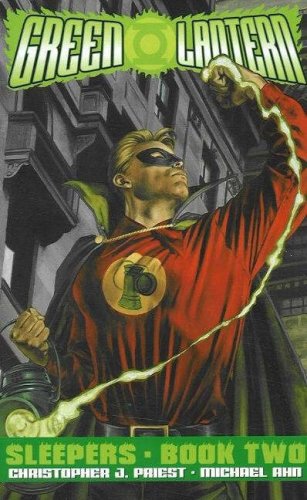 Hal Jordan, Earth's most popular Green Lantern, has been stripped of his powers, but it is up to him to fight the clones of the villain Sinestro, set loose by actions in the trilogy's first volume. In order to save the Earth, he may have to sacrifice himself by taking the Sinestro power rings on a one-way trip to the anti-matter universe.

Book Two of the popular "Sleepers" series stars the original "Green Lantern", Alan Scott. It begins by disclosing origins of the first Green Lantern and reveals how he came to have his power ring and how he uses his powers to fight evil. In this instalment, Scott enters World War II to fight a 17th-century supervillain named Malvolio, an anti-Green Lantern who wants to take over the world. Malvolio decides to cut a deal with Hitler that endangers the entire Allied campaign in Europe and the Pacific. Not one to think small, he is determined to eliminate the entire Green Lantern Corps, destroy Earth, and decimate all other worlds that have ever had the protection of a Green Lantern.

Book Description Hardcover. Condition: Very Good. Item is in very good condition. If supplemental codes/CDs for textbooks are required please contact us prior to purchasing as they may be missing. Photos are stock pictures and not of the actual item. Seller Inventory # DS-1596870346-2