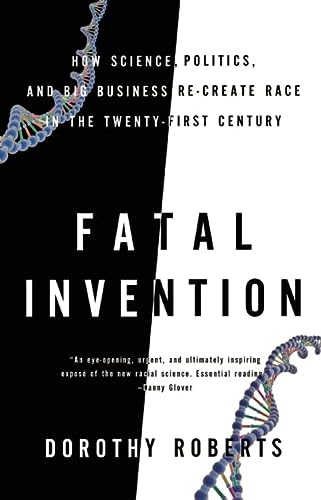 A decade after the Human Genome Project proved that human beings are not naturally divided by race, scientists are attempting to resuscitate race as a biological category. In this provocative analysis, leading legal scholar and social critic Dorothy Roberts argues that America is once again at the brink of a virulent outbreak of classifying population by race. By searching for differences at the molecular level, a new race-based science is obscuring racism in society and legitimising state brutality against communities at a time when America claims to be post-racial.

Fatal Invention is a triumph!”
—Harriet A. Washington, author of Medical Apartheid and Deadly Monopolies

This is the best book of the year If you read one work of nonfiction a year, make this the one.”
—The New York Journal of Books

Devastatingly counters any argument that can be made for a racial view of genetics.”
—The Brooklyn Rail

A must-read for those looking for an enlightened discussion of race in the 21st century.”
—Library Journal