Items related to THE BEATLES' SECOND ALBUM (Rock of Ages) 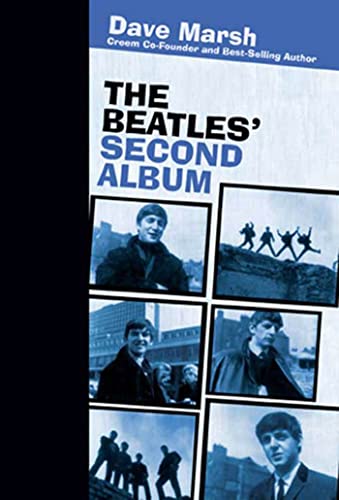 With its overload of rock and roll, R&B, and early soul influence, including such songs from black American artists as "Roll Over Beethoven," "You Really Got a Hold on Me," and "Long Tall Sally"; its slice of British Invasion hysteria; and its glimpses of the future, "The Beatles' Second Album" offers a great vantage point from which to see the group's enormous impact. For as Dave Marsh shows, The Beatles didn't get better as they grew more famous, simply because there wasn't any better to get. They were a perfect expression of rock and roll and its possibilities from the very beginning."The Beatles' Second Album" breaks new ground in Beatles-related literature by focusing on the band's U.S. recordings and how they evolved from British releases at a time when the two nations' approaches to rock and roll production were vastly different. It also delves into the conflict created when a record executive who hated the Beatles was put in charge of their American releases. Combining the staggering appeal and influence of The Beatles with the erudition and provocative views of Dave Marsh, this latest addition to the "Rock of Ages" series offers a unique look at one of rock's most influential albums.