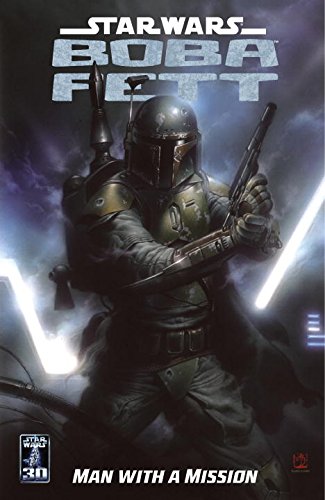 Whether it's taking on an Imperial ship designed to wipe out entire alien species or battling amidst a vicious civil war fueled by both the Rebellion and the Empire, entering an abandoned Star Destroyer seeking a mysterious prize or settling a dispute between an Imperial outpost and the local leadership, there's no job too deadly for the man in the Mandalorian armor - if the price is right!

Thomas Andrews is a prolific Star Wars writer, with credits on Boba Fett: Overkill and Clone Wars Adventures. John Ostrander is the author of Star Wars: Twilight, as well as Star Wars: Episode II - Attack of the Clones, the official adaptation of the smash-hit sequel! Cam Kennedy has drawn numerous Judge Dredd and Rogue Trooper stories for 2000 AD as well as Star Wars: Dark Empire and The Light and Darkness War.