Items related to The Complete idiot's Guide to Understanding Buddhism,... 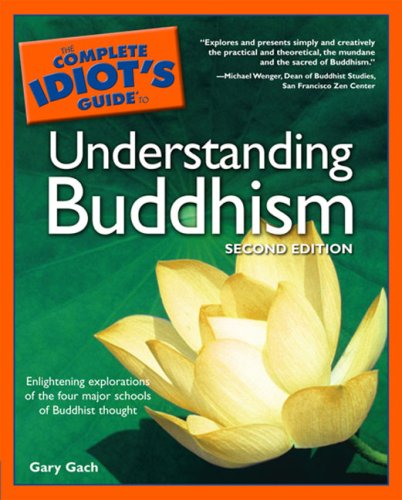 The Complete Idiot's Guide® to Understanding Buddhism, Second Edition is an updated and fresh guide to understanding the teachings and schools of Buddhism, including tips on incorporating the tenets of Buddhism into everyday life. New content includes (1) expanded information on the practice of Buddhism in the United States and the West (2) a greater focus on the relationship between Buddhism and Islam, and the effect Buddhism has had on Christianity and Judaism and (3) expanded appendices featuring a timeline showing the evolution of Buddhism through history.

Gary Gach has been a student of Buddhism for more than 40 years and is a consultant to the Buddhist Film Society as well as the Unified Buddhist Church. He is co-translator of Ko Un, Korea's greatest living Zen poet, and has worked as the Arts and Religion editor for AsianWeek and as a contributing editor to the San Francisco Review of Books. He is the editor of What Book!? Buddha Poems from Beat to HipHop. His articles have appeared in Shambhala Sun, New Asia Review, and Whole Earth Review, among others.