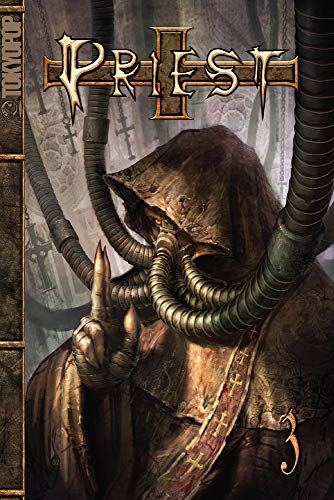 While railroad men and pioneer familes expand into the frontier of the old west, a secret war is being waged between two factions: the followers of Temozarela, an angel of blood fallen from Heaven, and those who stand against the darkness he represents. Temozarela's cult spreads plague in its wake as it attempts to pave the way for its master. The agents of righteousness face the scorn of Christians and heathens alike in their secret mission. And somewhere in between stands Ivan Isaacs, a priest who sold his soul to the devil Belial for the power to fight the darkness. Both sides need him to reach their goals, but Ivan has plans of his own.

PRIEST, VOL. 3: REQUIEM FOR THE