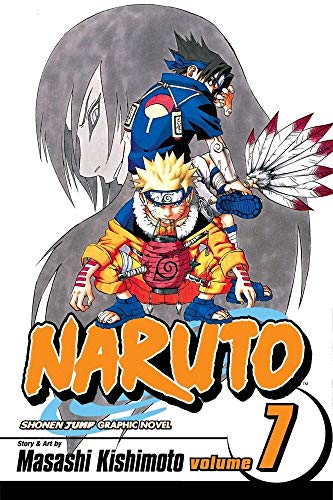 Deep within the Forest of Death, the site of the second stage of the Journeyman Ninja Selection Exams, Naruto, Sasuke and Sakura are still reeling from Orochimaru's attack...and now they must battle this unrelenting monster's minions, the mysterious Sound Ninja. As the fight rages on, Sasuke struggles with the strange force growing inside of him, spreading like an infection from the curse-mark Orochimaru burned into his neck, that could leave him dead...or send him on a bloodthirsty quest for power. And time is running out for the student ninja to collect the scrolls they need to pass the test!

Masashi Kishimoto made his debut in Weekly Shonen Jump in 1999 with Naruto, which became a big hit with both boys and girls. Kishimoto added a modern flavour to the ancient world of Japanese ninja to make Naruto one of the most popular series in Japan.

Naruto 07: The Path You Should Tread: Volume 7