Items related to Angels are Black and White

Angels are Black and White 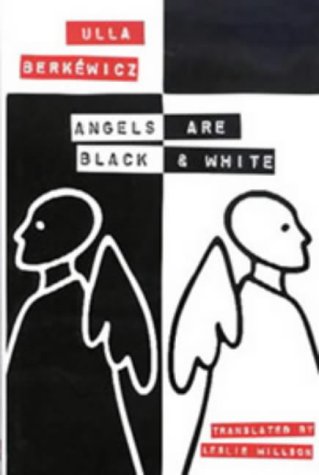 This powerful and controversial novel, a bestseller in Germany when it first appeared in 1992, traces the childhood and youth of its protagonist Reinhold Fischer, set against the backdrop of the First World War and the rise, and eventual dominance, of the Third Reich. Reinhold's initial enthusiasm for the New Order leads him into combat in Russia, where he witnesses a massacre of Russian civilians by Wehrmacht soldiers; horrified, he deserts and hides in the Russian forests tormented by the scenes he has witnessed. His fate at the end of the war is the subject of the book. Ulla Berkéwicz vividly evokes the emotional world of a boy in Hitler's Germany, uncovering some of the literary influences which the Nazis were able to use.She portrays unflinchingly the fatal attraction of the movement, showing the intoxicating vibrance of the period, and making it almost tangible. First English translation.

"Berkéwicz brilliantly traces the growth of awareness in a suggestible 'poetic' soul who moves from hopeful enlistment in the Hitler Youth movement through virtually total identification with the fate of his country's Jewish refugees. He's an appealing and memorable figure, and this is a fine novel." KIRKUS REVIEWS

1. Angels are Black and White

2. ANGELS ARE BLACK AND WHITE