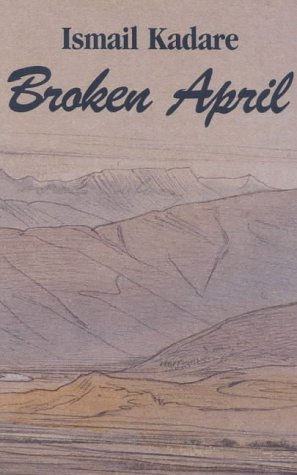 Gjorg is a young mountaineer who (much against his will) has just killed a man in order to avenge the death of his older brother, and who expects to be killed himself in accordance with the Code that regulates life in the Albanian highlands. A young couple on their honeymoon has come to this place to study its age-old customs-including the blood feud. In Broken April, Ismail Kadare intersects the fates of both Gjorg and the young couple with visions of an unending cycle of obligatory murder and the horrifying effects it has on their respective lives. "Dostoevskian in its dark vision". -Kirkus Reviews.

Ismail Kadare's fiction has been compared with that of Gabriel Garcia Marquez. Certainly he induces that same ironic double-take in his readers, by means of the child's magical view of life that is larger than most adults realize--Leonie Caldecott "The New York Times "

Ismail Kadare is a writer who maps a whole culture--its history, its passion, its folklore, its politics, its disasters. He is a universal writer in a tradition of storytelling that goes back to Homer.--Professor John Carey, Committee Chair, Man Booker International Prize 2005

In Broken April, Kadare achieves a precise and delicate balance of wonder and horror, simplicity and irony....[Kadare] is an accomplished storyteller with a keen sense of literary history.--The Christian Science Monitor

Kadare's voice is a voice unlike any other in contemporary fiction. The Nobel can't come a moment too soon.--Kirkus

One of the most compelling novelists now writing in any language.--The Wall Street Journal

'By any standard this is a considerable novel' Sunday Telegraph