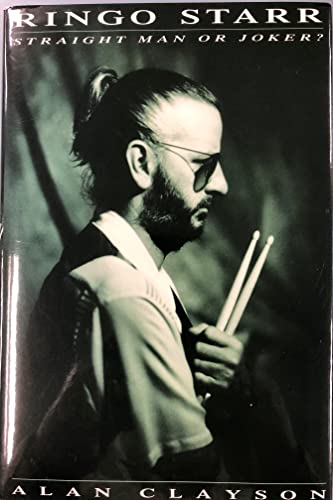 A biography of the Beatles' flamboyant stick man begins in the dingy Liverpool suburb where a sickly boy named Richard Starkey was born and traces the emergence of Ringo Starr, rock's most visible drummer. By the author of the The Quiet One.

The CDs and cassettes in this series offer four abridged biographies of George, John, Paul and Ringo, encapsulating and celebrating their lives and studying their musical heritage. Attractively packaged, with additional sleeve notes and discography, they act as the collector's essential source of reference and a guide for anyone who wants to know more about each individual Beatles' life and recording career. This cassette looks at the life of Ringo Starr.

Ringo Starr, nee Richard Starkey, was the oldest Beatle and the only one to actually emerge from the crumbling Merseyside slums of Beatle lore. This biography traces his career, his romantic liaisons, his health problems and his alcoholism.