Items related to Stokely Speaks: From Black Power to Pan-Africanism 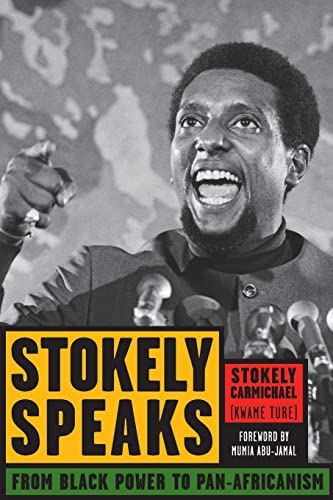 In the speeches and articles collected in this book, the black activist, organizer, and freedom fighter Stokely Carmichael traces the dramatic changes in his own consciousness and that of black Americans that took place during the evolving movements of Civil Rights, Black Power, and Pan-Africanism. Unique in his belief that the destiny of African Americans could not be separated from that of oppressed people the world over, Carmichael's Black Power principles insisted that blacks resist white brainwashing and redefine themselves. He was concerned not only with racism and exploitation, but with cultural integrity and the colonization of Africans in America. In these essays on racism, Black Power, the pitfalls of conventional liberalism, and solidarity with the oppressed masses and freedom fighters of all races and creeds, Carmichael addresses questions that still confront the black world and points to a need for an ideology of black and African liberation, unification, and transformation.

Stokely Carmichael (1941-1998) began working with the Student Nonviolent Coordinating Committee in 1960 and became chairman in 1966. His "Black Power" speech reignited the movement of that name, and in 1967 he and Charles Hamilton wrote the book Black Power. In 1968 and 1969, he served as the honorary Prime Minister of the Black Panther Party and also became a student of, and aide to, presidents Kwame Nkrumah and Sekou Toure of Guinea, helping to organize the All-African People's Revolutionary Party. In 1978 he changed his name to Kwame Ture. Mumia Abu-Jamal, a jailed journalist and political activist, is the author of five books, including Live from Death Row, and is a frequent radio commentator. The campaign to free him from a Pennsylvania prison since he was sentenced to death for allegedly killing a police officer has garnered international attention.