Items related to Gold on Ice: The Sale and Pelletier Story

Smith, Beverley Gold on Ice: The Sale and Pelletier Story

Gold on Ice: The Sale and Pelletier Story 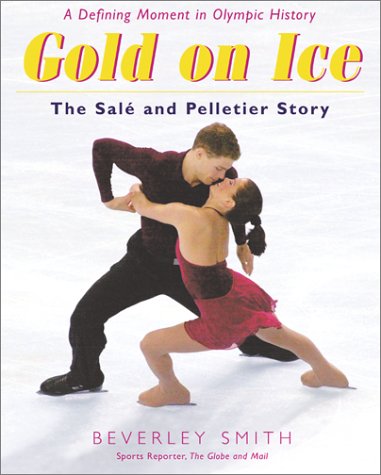 It was the story that rocked the 2002 Winter Olympics and directed the world's gaze to figure skating.

Canadian champions Jamie Salé and David Pelletier finished second to Elena Berezhnaia and Anton Sikharulidze by the narrowest of margins in the Olympic figure skating pairs final. But a judge later admitted she'd been pressured to put the Russians first. Acknowledging a wrong had been done, the International Olympic Committee awarded a second gold medal to Salé and Pelletier: Their silver was upgraded to a second gold after an uproar, ensuing controversy, and an investigation revealed that indeed a judge had succumbed to pressure to vote for the Russian pair instead. The twosome's story has placed a spotlight on the sport and will result in an overhaul of the way it will be judged in the future.

Salé and Pelletier embody the true spirit of the Olympic ideal, and have established themselves as world-class athletes. They have thrilled audiences everywhere, and here for the first time is their story that is sure to inspire legions of fans and young skaters across the country and around the world.

1. Gold in Ice: Defining Moment In Olympic History. The Sale And Pelletier Story

Book Description Key Porter Books, 2002. Condition: New. Quality Books. Because We Care - Shipped from Canada. Usually ships within 1-2 business days. If you buy this book from us, we will donate a book to a local school. We donate 10,000+ books to local schools every year. If there are any problems, pleases ask us to resolve it amicably before leaving any feedback. Seller Inventory # R25413S

2. GOLD ON ICE: THE SALE AND PELLET