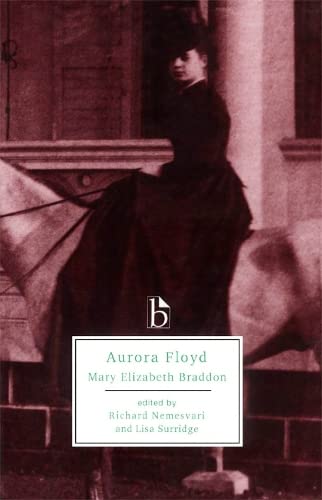 "This is the only modern edition to be based on the first three-volume version of Braddon's much revised novel, and the editors make an excellent case for their choice. A substantial and lucidly written critical introduction situates the novel in its contemporary cultural contexts; in debates about realism and sensationalism, and anxieties about class, femininity, domesticity and marriage. The appendices, containing a selection of contemporary views of femininity and domesticity, and responses to Braddon and her novel, are an added bonus to this excellent volume." -- Lyn Pykett, University of Wales-Aberystwyth

Aurora Floyd is one of the leading novels in the genre known as 'sensation fiction'--a tradition in which the key texts include Wilkie Collins's The Woman in White, Ellen Wood's East Lynne, and Dickens's Great Expectations. When Aurora Floyd was first published in serial form in 1862-63, Fraser's magazine asserted that "a book without a murder, a divorce, a seduction, or a bigamy, is not apparently considered either worth writing or reading; and a mystery and a secret are the chief qualifications of the modern novel."

The novel depicts a heroine trapped in an abusive and adulterous marriage, and effectively dramatizes the extra-legal pressures which kept many such unhappy marriages out of the courts: fear of personal scandal, and of betraying one's family through the publicity and expense of the process. Aurora's bigamous marriage dramatizes the need for expeditious divorce without the enormous social cost, but the overt sexuality of the heroine shocked contemporary critics. "What is held up to us as the story of the feminine soul as it really exists underneath its conventional coverings, is a very fleshy and unlovely record," wrote Margaret Oliphant.

Braddon's text is studded with references to contemporary events (the Crimean War, the Divorce Act of 1857) and the text has been carefully annotated for modern readers in this edition, which also includes a range of documents designed to help set the text in context.