Items related to The Fraser River 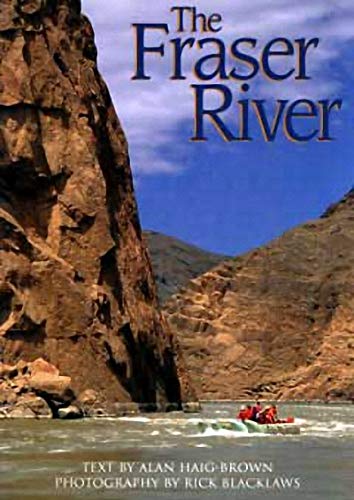 MAGNIFICENT, EXHILARATING AND TREACHEROUS, the Fraser is one of the world's great rivers. In this spectacular full-colour book, Alan Haig-Brown and Rick Blacklaws share their longtime fascination with all 850 miles of the largest salmon-spawning river on earth, the longest and most powerful undarnmed river in North America, and one of British Columbia's most breathtakingly beautiful scenic wonders. From northeast BC, where the river is a clear mountain stream running quietly below Mt. Robson, to the dry belt where the Fraser slows to a tame trickle you can jump over, to the ferocious torrents of the world-renowned Canyon, to the fertile farms and urban sprawl of the Fraser Valley, Haig-Brown and Blacklaws document the wildlife and landforms of the Fraser system, as well as the full spectrum of vigorous human life on the river-the mills and marinas, ocean liners and gillnetters, houseboats and fish wheels that are home to more than half of BC's population.

The Fraser River is a gorgeous, inspiring portrait of a mighty river - a vast, complex organism as magical and mysterious as a human body, a system fed by hundreds of streams, lakes, marshes and springs which in turn support many life forms, above all a living river whose future must be safeguarded.

Alan Haig-Brown learned to swim in the 1950s, among the humpback salmon in the Campbell River. He seined salmon and herring until 1973, and served for eleven years as coordinator of Indian education in the Cariboo-Chilcotin. Haig-Brown became editor of the West Coast Fisherman in 1986 and later founded The West Coast Mariner and The West Coast Logger. His award-winning books for Harbour Publishing include Fishing for a Living and The Fraser River.