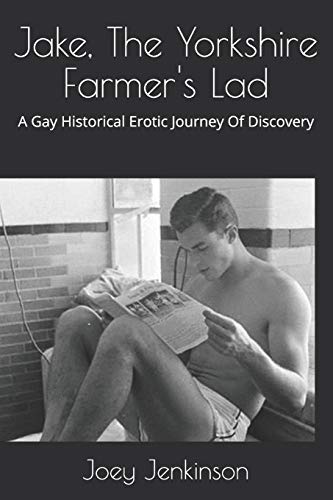 Book Description Createspace Independent Publishing Platform, United States, 2017. Paperback. Condition: New. Language: English. Brand new Book. In his latest story, Joey Jenkinson steps back in time to 1964, three years before homosexuality was decriminalized in Britain. At twenty, farmer's boy Jake Nelson already has a reputation, that of village lothario having seduced twenty women, most of them married and not getting from their husbands what the lusty beefcake has to offer. This changes when farmhand Mark Noble unleashes feelings within him that Jake never knew he had. When the pair are caught in the act by Eddie, Jake's abusive father, Jake is shamed into leaving for London, where Mark's friend, pop entrepreneur Tommy Vincent, employs him as chauffeur to tetchy homophobic crooner Lennie Stevens. In London, Jake is catapulted into a world he never knew existed: one populated with rent-boys, men-only bars, and far less prejudice than he had encountered back in Yorkshire. Tommy has a reputation for sleeping with all his male singers, even heterosexual ones, in exchange for guaranteed fame, but it is Jake who seduces him in a continuance of his journey of sexual discovery which sees him getting bolder and more adventurous with each new day. In Soho one evening, Jake meets Ricky Ross, a "Dilly Boy" with whom he finds himself gradually falling in love. He also encounters tremendous prejudice, most especially from Lennie when, on the tour circuit, Jake hooks up with a famous Liverpudlian singer. Tragedy ensues, compelling Jake to return to Yorkshire, taking Ricky with him. While here, his father dies, and at Eddie Nelson's funeral that he meets Justin, the adopted cousin he has not seen for years. The drama continues, with Jake facing more than a few seemingly surmountable obstacles as his journey progresses. But will he succeed in finding lasting happiness? WARNING: this story contains adult material of a sexual nature. Seller Inventory # APC9781544645520