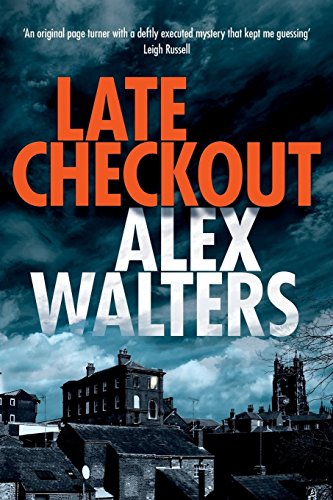 DCI Kenny Murrain sees, hears and feels things that others do not. It’s a gift but also a curse. When he wakes to the phantom sound of screaming he knows a murder has been committed but not where or why. Then a woman’s body is found in a Stockport hotel room. It’s a murder that seems both frenzied and carefully planned, the scene expertly cleansed of any evidence. Over the following days, more bodies are discovered, first in an upmarket spa on the Pennine moors, then in a run-down budget hotel on the outskirts of Manchester. The same frenzied attacks, the same meticulous planning. The same killer. The victims all have links to one man, a police colleague with a dark past. But Murrain discovers a more unexpected connection—with Marie Donovan, a former undercover officer now part of Murrain’s own team. As the killer closes in on a fourth victim, Murrain knows that time is running out. But the outcome will be more unexpected and more terrifying than even he can imagine... Praise for Alex Walters '...An original page turner with a deftly executed mystery that kept me guessing' – Leigh Russell ‘A talent to be reckoned with ... A strong story line, muscular prose and a real sense of pace...a police procedural for a new age’ - Daily Mail ‘...Right up there with the best police procedural thrillers of the last few years. Expect to hear much more of Walters in the future.’ – Mark Timlin 'Walters [shows]...nail-biting skill....It's a complex book, but compulsive reading...’ - The Independent ‘An intriguing police procedural, with a formidable sleuth...’ -The Sunday Telegraph ‘...A suspenseful mystery full of misdirection and terror.’ - Publishers Weekly ‘A blend of pulse-pounding police procedural and horror-nuanced suspense...’ - Chicago Tribune

Alex has worked in the oil industry, broadcasting and banking and now runs a consultancy working mainly in the criminal justice sector including police, prisons and probation. As Michael Walters, he has published three crime novels set in modern-day Mongolia. As Alex Walters he has written two books set in and around Manchester and featuring the undercover officer, Marie Donovan, Trust No-One and Nowhere to Hide. Late Checkout is the first in a series featuring, alongside Marie Donovan, the rather distinctive DCI Kenny Murrain. The second book in the series, Dark Corners, is scheduled for publication in Autumn 2016. Alex lives in Manchester, England with his wife, occasional sons and too many cats. Twitter: @mikewalters60 Facebook: www.facebook.com/alexwaltersauthor/ Blog: https://mikewalters.wordpress.com/