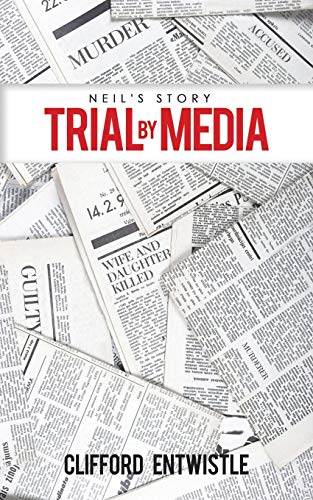 The Neil Entwistle murder case caused a media frenzy on both sides of the Atlantic. With his wife and baby daughter found dead in their bedroom, Neil was the immediate suspect, and his subsequent conviction seemed inevitable to all who heard and read the sordid coverage. However, things are not always what they seem. With remarkable objectivity, Cliff Entwistle reveals the inconsistencies in the investigation, the lies told and the key forensic evidence withheld from the medical examiner, and with touchingly personal candour, he shares the pain he felt at the great loss and betrayal his family suffered. You will be disturbed by the harrowing details he exposes of the justice systems of both the UK and the US, yet you cannot fail to be encouraged as he testifies to the strength and resilience of family bonds in the face of unimaginable heartache and adversity.

Cliff Entwistle has been married to Yvonne for over forty years, and together they have known both the blessing of a growing family and the heartache of lives taken too soon. Cliff worked as a coal miner for over twenty-five years, and today instructs forklift truck drivers. He has also been a sitting district councillor for Bassetlaw for over eighteen years. Together with his wife, Cliff enjoys working on his home and garden, and visiting historic sites around the UK. He also writes on various topics and recently has been published in a national magazine.

Book Description Austin Macauley, 2018. Paperback. Condition: New. Shipping may be from our Sydney, NSW warehouse or from our UK or US warehouse, depending on stock availability. 62 pages. 0.090. Seller Inventory # 9781528900577