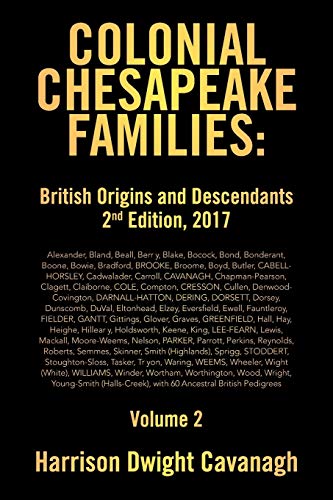 First edition awarded the Sumner A. Parker Prize by the Maryland Historical Society in 2014.

In addition, this second edition contains important new research findings on the British origins of the Hatton-Domville and Brooke-Darnall families, as well as revealing the two “lost” Ann Bradfords of PG Co.

Copies of these volumes are available in e-book, paper, or hardcover format through Amazon, Barnes & Noble, or direct from the publisher, Xlibris (Bloomington, Indiana). Publication of these volumes has been subsidized to make them more widely available to the thousands of descendants listed in their pages. And thanks to print on demand, Colonial Chesapeake Families will never go out of print.