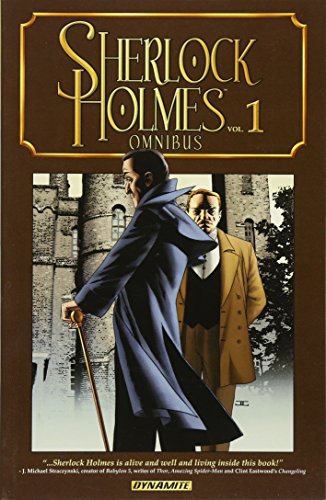 Presenting three captivating mysteries of Arthur Conan Doyle's beloved sleuth, Sherlock Holmes, in the first-ever Omnibus collecting his comic book adventures! From young Holmes' first encounter with Dr. John Watson, to the detective's role reversal as a suspect for murder, to a rash of Liverpool killings seemingly committed by a supernatural entity, the finest whodunnits in the Dynamite Entertainment library begin with this very volume! Collects the complete 'Trial of Sherlock Holmes', 'Year One', and 'Liverpool Demon' storylines.