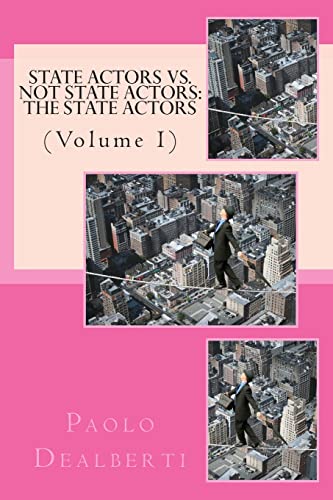 What was forecast side this book at least one year before? 1.The dangerously oversized myth of the global middleclass: the global economic slowdown and the rising of organized movements of protests plus the general lack of legitimacy of the leaderships are been confirming what wrote more than one year ago 2.Turkey will be not pro-Iran and Islamist, (at least for now): the Turkish aptitude toward the Egyptian situation and the war between Israel and Gaza - November 2012 - are evidences that confirms what we wrote more than one year ago when the overwhelming majority of analysts were concer5ned about an "Islamic and pro-Iran" Turkey 3.Germany s unsustainable growth: The slowdown inside the Germany economy in 2012 and the forecast for 2013-14 are the confirm of what wrote at least 1 year before and when the great majority of analysts were able only to talk about "Super & Invincible Deutschland." An additional confirm is published one year later:: Adam Tooze, Germanys unsustainable growth, Foreign Affairs Volume 91 N. 5 Sept./Oct. 2012) 4.A nuclear Iran could be a stabilizing factor: more than one year later a confirm inside Kenneth N. Waltz "Why Iran should get the bomb." Foreign Affairs Vol. 91 N.4 Jul(Aug 2012 5.The Italian political crisis: one year later both the Administrative Elections and the Election in Sicily confirmed what we have told 6.The nazi killer is not crazy: the sentence one year later confirmed the background of connections accusing the same entities we have mentioned and that the assassin was neither crazy nor alone 7.The BRICs are more a "paper tiger" than a real global power: more than one year later the prestigious Foreign Affairs confirmed this vision in Ruchir Sharma - The Demise of the Rest -FA Vol.91/6 Nov-Dec 2012 8.The Christian fundamentalism is a problem: after one year what wrote in our articles was confirmed by a Foreign Policy s prestigious panel of the top 72 worldwide thinkers about strategy that classified the Christian fundamental

Paolo Dealberti is a multilingual senior project manager. Since 2011 is also a creative media manager. He created DoWo ,an info aggregator using 23 languages that had more than 30 million worldwide visitors from 73 countries. He is author and conductor of “Pulsazioni del Mondo” inside the nationwide TV channel Reteconomy SKY 516. Author of “Innovazioni di Successo” inside Impronte, a think tank wit 5.000 top managers. He is editor of “Italia,Responsabilita´1.0” inside two nationwide online newspapers with around 25 million monthly readers. He has developed Appealpower.info where 8.000 worldwide merchants can inform about ethic and sustainable luxury. At the moment he is developing a nationwide syndication of 90 online newspaper linked to 2 radios and a monthly cultural magazine. He is also a writer with novels and books in Italian and English. Socially engaged lives in Italy and Germany.You can follow Paolo at www.appealpower.com .