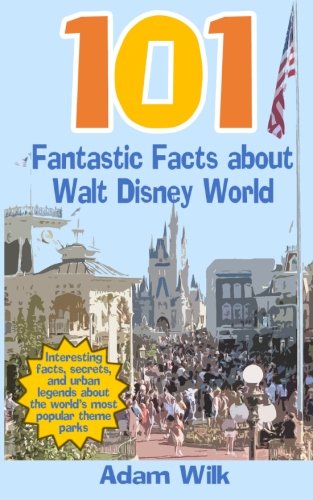 Have you ever wanted to learn the secrets behind the attractions of Walt Disney World? Want to learn more about the history of the most popular theme parks in the world? Have you ever wondered what happened to some of your favorite attractions from ‘way back when’? If you answered ‘YES!’ to any of these questions, or if you’re just a Disney buff in need of your daily ‘Disney’ fix, this is the book for you!

Explore the history and mystery of Disney World parks and attractions with 101 Fantastic Facts about Walt Disney World!

Packed with over 100 historical facts, rumors, and urban legends about the parks and attractions at central Florida’s entertainment mecca, 101 Fantastic Facts about Walt Disney World will certainly help you see Disney in a whole new way. In this book, you’ll learn things like:

And much, much more!

You’ll learn about the history of the parks and many of Disney’s legendary attractions past, present, and future. 101 Fantastic Facts will have you saying, “Gee- I didn’t know that!”

Get your Disney fix! Pick up a copy of 101 Fantastic Facts about Walt Disney World today!

Book Description CreateSpace Independent Publishi, 2015. Paperback. Condition: Good. Connecting readers with great books since 1972. Used books may not include companion materials, some shelf wear, may contain highlighting/notes, may not include cdrom or access codes. Customer service is our top priority!. Seller Inventory # S_266799131

Book Description Condition: Good. Cover has some rubbing and edge wear. Access codes, CDs, and other accessories may not be included. All items ship Mon-Fri. Seller Inventory # 2Y6JCI000OZG