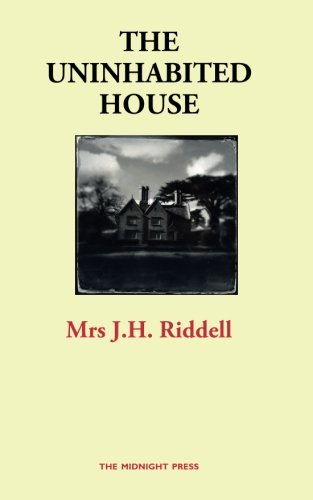 Charlotte Riddell, a popular, prolific and influential writer of the Victorian era, was born and raised in Co. Antrim in the north of Ireland. She was the daughter of the High Sheriff of Antrim and, in 1855, a few years after his death, she moved to London with her mother, an Englishwoman. Within the year, her mother, too, had died.

In 1857, she married a Staffordshire engineer, Joseph Hadley Riddell, and they took up residence in London. Charlotte wrote more than fifty novels and short story collections in her career, and published under her married name, ‘Mrs J.H. Riddell’.

In spite of her husband’s poor business acumen and the consequent financial troubles it brought, they enjoyed a happy marriage until his death in 1881. There were no children from the marriage. After his death, and without any legal obligation, Charlotte determined to pay off his debts, hence ensuring, as income from her books inevitably declined through time, an impecunious existence throughout her later years. Her last years were spent in secluded, genteel poverty, and, shrouded in physical pain, loneliness and depression, she died from cancer in 1906.

The Uninhabited House, published in Routledge’s Christmas Annual for 1875, is a real page-turner that weaves a supernatural-mystery tale around the Victorian fascinations of commerce, inheritance, legal intrigue and romance. It is told with a wry, gentle wit and its central character—the manipulative Miss Blake—is a masterpiece of comic invention and observation.