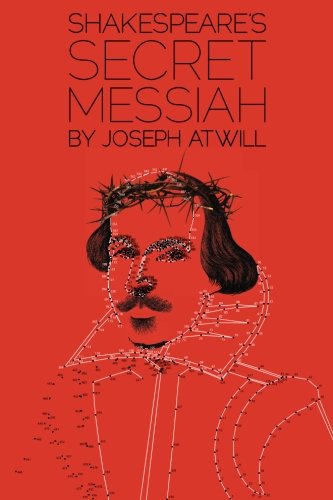 With his best-selling book Caesar’s Messiah Joseph Atwill established himself as one of the world’s most penetrating independent scholars, rocking the field of Biblical studies and changing our modern understanding of Jesus and the Gospels forever.  He uncovered what has been kept hidden from the public for millennia:  Christianity began as a highly complex psychological warfare campaign during the First Jewish-Roman War, an ambitious literature project began by the Caesars that was later honed into a potent tool of statecraft, used to this day by the oligarchy for mass pacification. Shakespeare’s Secret Messiah is the forceful follow-up that could take the whole of Shakespearean scholarship in a new direction.  Continuing his exposé on the New Testament (revealing who really wrote the letters of the Apostle Paul and the Book of Revelation) Atwill demonstrates that the thrust behind the famous playwright’s work was to wreak literary revenge, ‘measure for measure,’ against the deception of the Caesars. The Bard’s hidden war on the the Roman Catholic Church, encoded in ‘puzzle passages’ in the plays, is the key that finally unlocks the true identity of ‘Shakespeare,’ explaining why the real author chose to hide behind a pseudonym and why other anti-Stratfordian theorists have been looking in the wrong place. Atwill shows step by step how to decrypt familiar works of literature that the average person is expected to revere but not really understand, giving the reader the skills to recognize the true political struggles that have been commemorated in a shadowland of symbols guarded by the ruling classes and in secret societies.