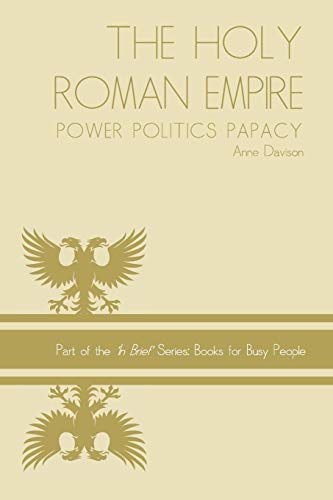 This book traces the history of the Holy Roman Empire, which lasted for over a thousand years, from the reign of Charlemagne in AD 800 until AD 1806 when it was dissolved following defeat by Napoleon. It is an Empire that had no fixed boundaries and until the 16th century, when the Habsburgs settled in Vienna, it had no permanent imperial city. At different periods its territories stretched from the North Sea to the Balkans and for a time in the 16th century included the South Americas.The book describes the complex relationship between the Emperor and the Papacy. It also includes reference to the European Reformation and the Ottoman Empire.The final chapters concentrate on the Habsburg Dynasty from the 13th century to the present.Including some useful maps this book should appeal to a reader who is looking for a clear and accessible account of a complex and important European Empire.