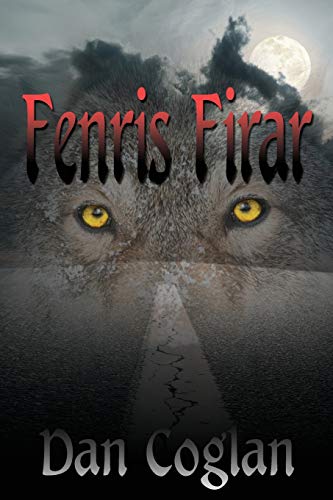 Fenris Firar: People of the wolf! An old Norse phrase, brought forward in time and to the United States by an outlaw motorcycle gang. The residents of Iowa Park, a small town in West Texas, discover to their horror that the term is not just symbolic but literal. By day, the Firar terrorize the town on their bikes, representing humanity at its lowest; by night, they hunt the townspeople as something else entirely. For Drew Collins, the nightmare becomes personal during a camping trip. The nephew of the town sheriff, volunteers to take charge of a small group of children for the weekend. Taught from an early age to take his responsibilities seriously, he throws himself in the path of an immense black wolf, protecting one of his kids. He saves the boy, but is savagely bitten in the process. While his uncle deals with the rash of break-ins, beatings, abductions, and murders, Drew recovers from his wounds. His body heals faster than modern medicine can explain, but at the same time, he suffers horrific nightmares, mostly featuring a huge black wolf with silver eyes. After his release from the hospital, Drew struggles to reintegrate himself into his old routines and lifestyle. As his nightmares continue, he notices changes in his senses and desires. At the same time, he discovers that he is being followed. Confronting his stalkers, Drew is shocked to find that one of them is in fact a stunning woman with coal black hair and silver eyes. Ramona is one of the Fenris Firar, and warns Drew that he too, now shares her curse and will become a giant wolf when the moon rises. Drew scoffs at the notion of werewolves, and sends Ramona away, but when the full moon rises, he changes and almost kills his girlfriend and best friend, and does kill the neighbor's guard dog. Realizing that he is not safe to be around, Drew steals his father's Harley and runs away from home, and goes the only place that he can think of: he joins the Fenris Firar. Reunited with Ramona, Drew lea

Dan Coglan is a martial arts instructor and stage performer known to thousands around the country as "Samurai Dan." He specializes in Samurai swordsmanship and close-quarters combat training. Due to a supreme lack of filter, Dan also performs stand-up comedy and lives to embarrass his wife onstage. A storyteller at heart, Dan has been writing stories since Elementary school, when he sold monster stories to his classmates for spending money. Dan currently lives in Iowa with his wife and two akitas, all of whom outrank him at home. He is also an avid motorcycle rider.