Items related to Sing for Us

Wise, Steven Sing for Us 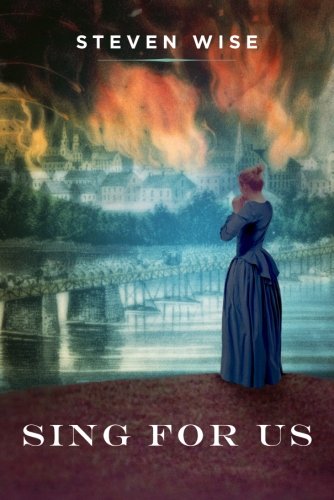 During the dying days of the Civil War, Letha Bartlett lovingly tends to the wounded in a Confederate hospital in Richmond, Virginia. A widow herself, her gentle touch and fiercely protective personality bring comfort and courage to the soldiers in her care. When Granville Pollard, a Northerner who spurned his Union father to fight for the Confederacy, enters the ward, Letha is captivated by his cultured bearing and singing voice. Granville has lost both his fiancée and his feet to the war, leaving him emotionally and physically crippled. Together with a gruff patient named Sergeant Crump, Letha mends Granville, restoring his hope for a future. But the war is not over and death hovers, striking a blow that will plunge Letha and Granville into an abyss from which only the most faithful love can save them.

Based on a true story, Sing for Us is a riveting tale of love and hope in the last days of the Civil War.

Born in California, Missouri, Steven Wise lived in North Carolina from 1971 to 1983, where he met his wife, Cathy. Together they have two children and five grandchildren. They currently live in Columbia, Missouri, where Steven owns the commercial real estate appraisal firm of Cannon, Blaylock & Wise. Steven is the author of three previous novels: Midnight, Chambers, and Long Train Passing.