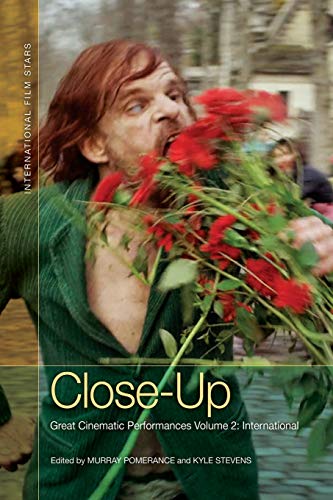 "Pomerance and Stevens's collection adds a significant international scope to the field. In volume 1, America, standouts include Anna Everett on Ethel Waters's resistance in The Member of the Wedding and Lucy Fischer on Bette Davis and metaperformance in the studio era. In volume 2, International, performances from Western Europe to Asia are examined. Noteworthy among the contributions are Douglas McFarland on Toshiro Mifune, Kyle Stevens on Michel Serrault in La cage aux folles, and Noah Tsika on Omotola Jalade-Ekeinde in Mortal Inheritance." -- S. Mabee, Ozarks Technical Community College, CHOICE

Murray Pomerance is an independent scholar living in Toronto. He is the author of many books including The Man Who Knew Too Much (BFI, 2016), A King of Infinite Space (Oberon, 2017) and Moment of Action: Riddles of Cinematic Performance (Rutgers, 2016). Kyle Stevens is Assistant Professor of Film Studies at Appalachian State University.

Book Description Paperback. Condition: New. Reprint. Language: English. Brand new Book. What actors do on-screen is a fascination for audiences all over the world. Indeed, the cultural visibility of movie stars is so pronounced that stardom has often been regarded as intrinsic to the medium's specificity. Yet not all great cinematic performances are star turns, and so, what really makes a cinematic performance good, interesting, or important has been a neglected topic in film criticism. This two-volume set presents detailed interpretations of singular performances by several of the most compelling actors in cinema history, asking in many different and complementary ways what makes performance meaningful, how it reflects a director's style, as well as how it contributes to the development of national cinemas and cultures. Whether noting the precise ways actors shape film narrative, achieve emotional effect, or move toward political subversion, the essays in these books innovate new approaches to studying screen performance as an art form and cultural force. This second volume focuses on international cinema, and includes case studies of key performances from actors like Ingrid Bergman, Gael Garcia Bernal, Nikolai Cherkassov, Alec Guinness, Setsuko Hara, Isabelle Huppert, Peter Lorre, Madhubala, Anna Magnani, Toshirô Mifune, and Choi Min Sik, amongst many others. Seller Inventory # AA79781474431804