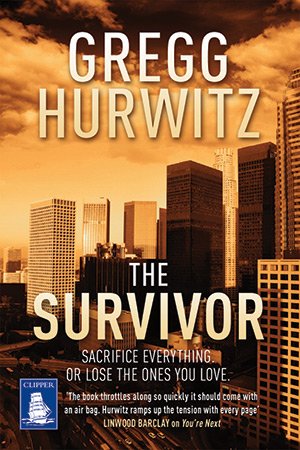 Nate Overbay is looking down over the ledge of the eleventh floor of an LA building, readying himself to drop, when he hears gunshots. Pulling himself back to life, he peers through the window and sees a terrifying scene unfolding. Ruthless masked robbers are not taking hostages - they're shooting anyone in their path. As Nate holds the gaze of a dying woman, he makes a decision. Letting his military training kick in, he kills all the gunmen except their leader. But before this man escapes, he tells Nate, 'he will be greatly angered by you.' He is right... (Large Print Edition)