Items related to A Kingdom of Their Own: The Family Karzai and the Afghan...

Partlow, Joshua A Kingdom of Their Own: The Family Karzai and the Afghan Disaster

A Kingdom of Their Own: The Family Karzai and the Afghan Disaster 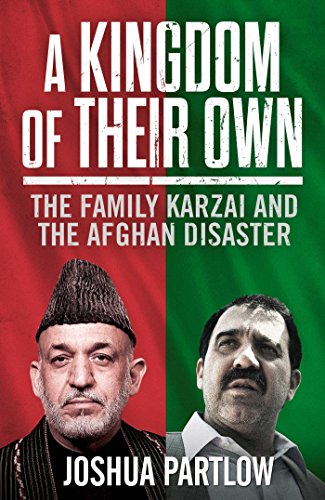 The Afghan war will be remembered for its politics more than its combat. There were few, if any, major battles. The longest war in American history has left 1,800 U.S. troops dead, fewer than half the number killed in Iraq. The violence is mostly confined to the farmlands, deserts, and mountains, playing out in small ambushes, hit-and-run attacks, and assassinations.

The United States came to Afghanistan on a simple mission: to avenge the September 11 attacks and drive the Taliban from power. This took less than two months. The story of the next decade is about how the ensuing fight for power and money - the power and money supplied to one of the poorest nations on earth in ever-greater amounts - left the region even more dangerous than before the first troops arrived.

At the centre of this story is the Karzai family. The president and his brothers began the war as symbols of a new Afghanistan - moderate, educated, fluent with East and West - the antithesis of the brutish and backwards Taliban regime. Now, with the war in shambles, they are in open conflict with each other and their Western allies. In their experience one can find a war's worth of mistakes, squandered hopes, and wasted chances. Nothing encapsulates the essence of the war's trajectory - and the descent from optimism to despair, friends to enemies - as neatly as the story of the Karzai family itself.

1. Kingdom Of Their Own: The Family Karzai And The Afghan Disaster