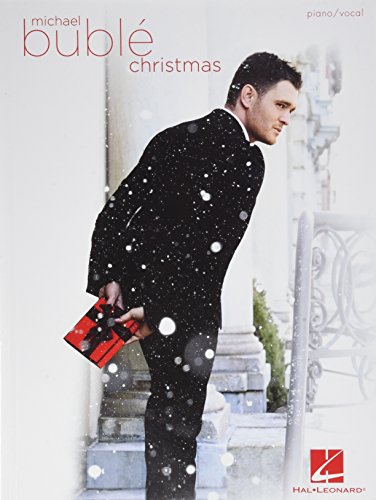 All the festive songs featured on Michael Bublé's Christmas album, arranged for Piano and vocals. Michael Buble is without a doubt the most successful jazz/show singer in recent times, and has even been described as the 'heir to Sinatra'! Buble shot to fame in 2006 and has since gone on to sell more than 35 million albums, win 2 Grammys, and achieve an astonishing 88 platinum cerftifications for his four studio albums so far.

All of the festive songs featured on Michael Buble's new Christmas album, Christmas, arranged for piano and vocals