Items related to War and Remembrance (Winds of War)

War and Remembrance (Winds of War) 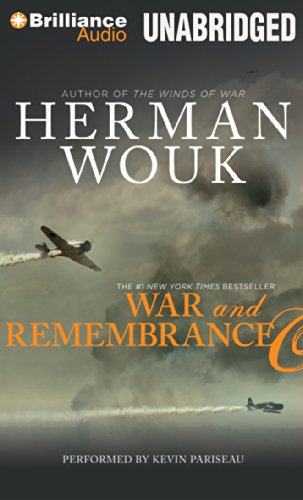 Herman Wouk’s sweeping epic of World War II, which begins with The Winds of War and continues inWar and Remembrance, stands as the crowning achievement of one of America’s most celebrated storytellers. Like no other books about the war, Wouk’s spellbinding narrative captures the tide of global events—and all the drama, romance, heroism, and tragedy of World War II—as it immerses us in the lives of a single American family drawn into the very center of the war’s maelstrom.

“Brilliant...An outstanding novel and at the same time a great work of history...Wouk has more than recaptured the period; he has given it life.” – Henry Kissinger

“One of the great narratives of our time...What is so extraordinary about this novel is the sense of authenticity which it conveys whether at the scene of great battles or eavesdropping on the dialogue of historic personages...Quite simply, I haven’t read a novel in years full of so many moving episodes.” – Christian Science Monitor

“Those who lived through World War II can most fully appreciate the resonances in this uncommonly readable book. But it is clearly meant—and recommended—for those who did not.” –Time