Items related to My Father's Dragon: The Bestselling Children Story 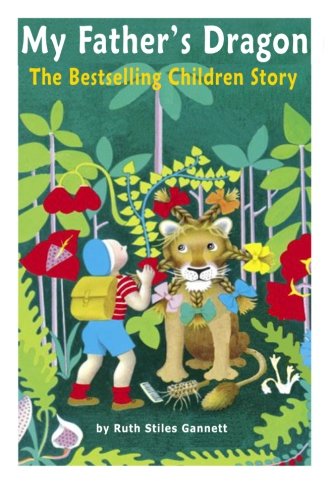 My Father's Dragon is a children's novel by Ruth Stiles Gannett about a young boy, Elmer Elevator, who runs away to Wild Island to rescue a baby dragon. Both a Newbery Honor Book and an ALA Notable Book, it is the first book of a trilogy whose other titles are Elmer and the Dragon and The Dragons of Blueland. It was made into an anime film titled, Elmer's Adventures: My Father's Dragon. The narrative mode is unusual, in that the narrator refers to the protagonist only as "my father", giving the impression that this is a true story that happened long ago. The illustrations within the book are black and white done with a grease crayon on a grained paper, done by Ruth Chrisman Gannett. The story was cited as a runner-up for the Newbery Medal in 1949 and was an ALA Notable Book. It was also nominated for the Ambassador Book Award in 1948. In the story, we meet some tigers, a rhinoceros, a lion, and a gorilla all leading to the baby dragon. There is also a river, an island, and a bridge.