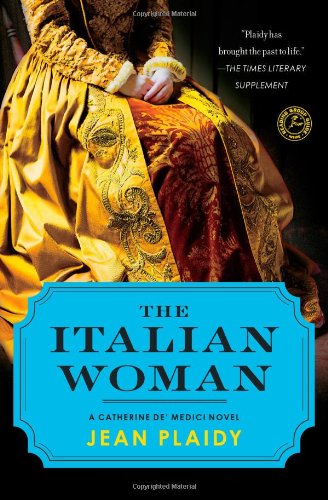 From the grande dame of historical fiction, the second novel in the classic trilogy--back in print after more than twenty years--brilliantly depicts the life of the powerful Queen who was loved by few and feared by many.

The second book in the classic Catherine de' Medici trilogy from Jean Plaidy, the grande dame of historical fiction When Catherine de' Medici was forced to marry Henry, Duke of Orleans, her heart was not the only one that was broken. Jeanne of Navarre once dreamed of marrying this same prince, but, like Catherine, she must comply with France's political needs. And so both Catherine's and Jeanne's lives are set on unwanted paths, destined to cross in affairs of state, love, and faith, driving them to become deadly political rivals. Years later Jeanne is happily married to the dashing but politically inept Antoine de Bourbon. But the widowed Catherine is now the ambitious mother of princes, and she will do anything to see her beloved second son, Henry, rule France. As civil war ravages the country and Jeanne fights for the Huguenot cause, Catherine advances along her unholy road, making enemies at every turn.

"Plaidy has brought the past to life."--Times Literary Supplement

Jean Plaidy, the pen name of the prolific English author Eleanor Hibbert, was one of the preeminent authors of historical fiction for most of the twentieth century. Her novels have been translated into more than twenty languages and have sold more than 100 million copies worldwide. She died in 1993.