Items related to A Necessary End (The Inspector Banks series) 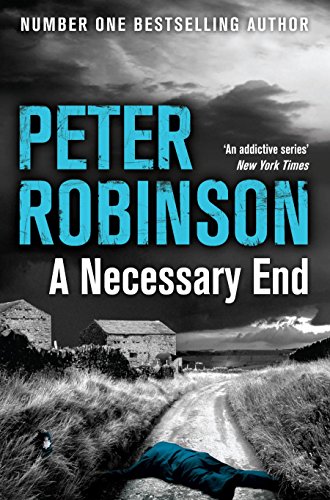 A Necessary End is the third novel in Peter Robinson's Inspector Banks series, following on from A Dedicated Man.

In the usually peaceful town of Eastvale, a simmering tension has now reached breaking point. An anti-nuclear demonstration has ended in violence, leaving one policeman stabbed to death. Fired by professional outrage, Superintendent 'Dirty Dick' Burgess descends with vengeful fury on the inhabitants of 'Maggie's Farm', an isolated house high on the daleside.

Inspector Banks is uneasy about Burgess's handling of the investigation. But he has been warned off the case. Soon Banks realizes that the only way he can salvage his career is by beating Burgess to the killer . . .

A Necessary End is followed by the fourth book in this Yorkshire-based crime series, The Hanging Valley.

Inspector Banks – a man for all seasons, he knows that often the answers to the clues he seeks are hidden in his own heart (Michael Connelly)

If you haven't caught up with Peter Robinson already, now is the time to start (Independent on Sunday)