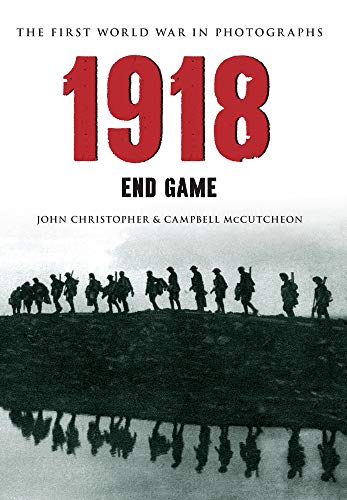 1918 was the fifth and final year of the Great War. With thousands of fresh American troops heading across the Atlantic to fight on the side of the Allies, Germany’s High Command knew it had to strike a decisive blow to turn the course of the war in its favour. With revolution in Russia a peace treaty was agreed on the Eastern Front, enabling General Ludendorff to transfer seventy divisions to the west for a Spring Offensive that was intended to drive the French back to Paris and the British to the Channel ports. The Allied counter-offensive on the Marne began in July and, with the Americans joining the fighting, the Germans were forced back to the Hindenburg Line. Starved of food and supplies, Germany faced inevitable defeat and sought terms for a peace settlement. The Kaiser abdicated on 11 November 1918 and the guns become silent with the signing of the Armistice. In defeat Germany was humiliated and economically paralysed by the demand for war reparations imposed by the Treaty of Versailles, which was signed in June the following year. But for both sides the real cost of the war was measured in human lives. Twenty million were killed and the participating European nations all but bankrupted. The political map was irrevocably changed and the so-called ‘war to end all wars’ was the harbinger of an even greater conflict yet to come.

John Christopher and Campbell McCutcheon tell the story of 1918, the final year of fighting, and also the immediate post-war period, using many rare and often unpublished images.

John Christopher has written and edited a number of books on Engineering, Military History and Railway and Road Transport, specializing in the life and works of Isambard Kingdom Brunel and being the series editor for Amberley’s Bradshaw’s Guides series. He has also appeared in Michael Portillo's Great British Railway Journeys television series. In between writing books, he is a balloon pilot and Land Rover fan. He lives in Gloucestershire.

Book Description Amberley, 2015. Paperback. Condition: New. Month by month, the authors use a collection of around 250 photographs and reproductions to follow events during the final year of war, from the arrival of American troops and guns in January to the German surrender in November. The final chapters examine many aspects of the immediate aftermath, including the battlefields where 'peace visitors' toured the devastation, the ongoing treatment of wounded men, and the funeral of the Unknown Soldier in London. Seller Inventory # 224092

Book Description Amberley Publishing. Paperback / softback. Condition: New. New copy - Usually dispatched within 4 working days. 1918, the fifth year of the war to end all wars, is documented in archive photographs in this series covering the war in detail. Seller Inventory # B9781445622125