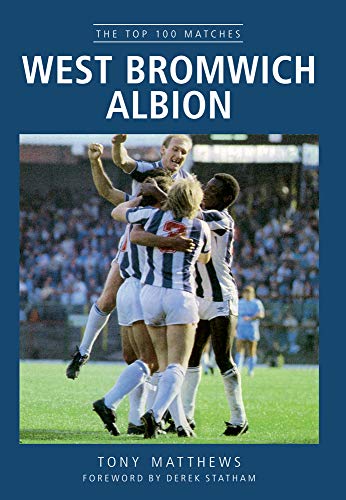 West Bromwich Albion FC was one of the founding members of the Football League. They have spent a majority of the last 125 years in the top flight of English football and, aided by some fantastic players, they have produced many record-breaking achievements and stunning performances. In West Bromwich Albion: The Top 100 Matches, historian and statistician Tony Matthews lists 100 mini match reports of the best and most thrilling games played by the Baggies, from 1888 to the present day. Everything from high-scoring games to record player performances is included in this must-have book for any WBA fan, which is liberally illustrated in full colour. These bite-sized match reports give the high points of West Brom's long and illustrious history.

Tony Matthews is a former semi-professional footballer, sports master and, since 1975, has written over 100 books on football, covering 25+ clubs. He was the WBA statistician/historian for thirty years up to 2003. He is the previous author of West Bromwich Albion: The Complete Record and several other West Bromwich Albion publications.