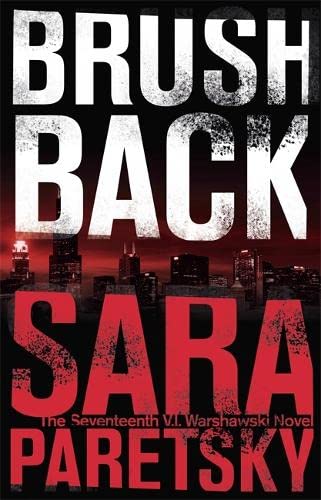 The seventeenth V.I. Warshawski thriller from one of America's greatest female crime writers.

Twenty-five years ago, Stella Guzzo beat her daughter to death and then walked up the street to play bingo at her parish church.

Chicago detective V.I. Warshawski grew up with the Guzzo family. She dated Frank Guzzo when they were teens and knew Stella's murderous rages first-hand, so she was relieved when a judge sent Stella to prison for a long stretch.

V.I. and Frank went their different ways, V.I. to university and law school, Frank to marriage, children, and a job as a truck driver. She didn't think about the family again until the day Frank came to her office, wanting V.I. to help his mother with an exoneration claim. The detective wants no part of Stella Guzzo's world, but she realizes how hard life has been for Frank, stuck in the gang-ridden streets around Chicago's dead steel mills, and she doesn't feel able to say no.

V.I. starts asking questions, but the answers leave her puzzled. Was Stella's daughter Annie the ardent girl V.I. remembers, looking for a college education as a way out of South Chicago? Or was she a calculating, amoral person, as Stella claims? And what about the lawyers Annie worked for - why did they insist on representing Stella in her murder trial?

V.I.'s inquiries put her smack in the path of a notorious Mob enforcer. When she gets jumped in her old 'hood, her biggest question becomes whether she will live long enough to find the answers.

V.I. Warshawski is the perfect heroine . . . What [Paretsky] brings to the classic private-eye novel is something entirely original; a dry crackle of wit and a deep emotional sympathy with her characters (The Sunday Times)

It's hard not to get caught up in her passion . . . Snappy dialogue, tight plotting and realistic situations make Paretsky's unapologetically politicised thrillers a pleasure to read, whatever your viewpoint. (Daily Mail)

Some crime series grow stale over time, but there's no sign of fatigue here. This is partly because the recurring characters continue to develop and engage the reader, and partly because of the moral intelligence that informs the writing. (Spectator)

A daring departure for Paretsky . . . and a career-crowning triumph. (The Sunday Times on CRITICAL MASS)

There's nothing of the dry, intellectual exercise in Paretsky's work: alongside the still-noteworthy presence of a female hero whose gender is not the most significant thing about her, Paretsky's novels are distinguished by their knotty plotting and vitalised by her almost tactile rendering of Chicago . . . These are living, breathing books, easy to fall for. (Guardian)

The seventeenth V.I. Warshawski thriller from one of America's greatest female crime writers, combining contemporary issues, the fight for justice and fast-paced suspense.