Items related to John Giles: A Football Man - My Autobiography 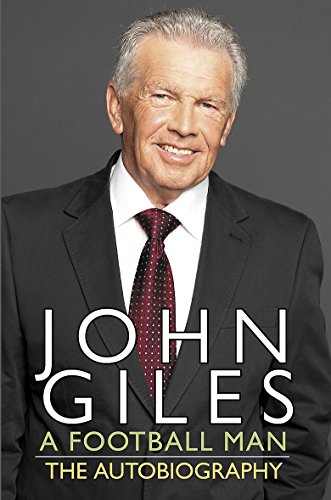 'The dream was football . . .'
John Giles had a gift. At the age of three, he could kick a ball the way it was supposed to be kicked. And he knew that every hour that passed without kicking a ball was an hour wasted.

'It was the same dream that most of the kids had at that time . . .'
In A Football Man, Giles tells the story of a dream pursued and realised beyond his wildest imaginings, from his humble beginnings in Ormond Square in 1940s' Dublin,counting down the minutes to his next game of football, to that unforgettable moment when the original football man - his dad, 'Dickie' - announced that his young son, at just fourteen, was on his way to Manchester United.

'What I didn't realise was that my dream would come true.'
Full of anecdote, insight and wry humour, Giles recounts his rise through the ranks at Manchester United, before and after the Munich Disaster; the great players he knew, the good and the bad times under Matt Busby; his sensational debut for Ireland which he served as player and manager; his starring role in the brilliant, controversial Leeds United of the '60s and '70s; and his challenge to the portrayal of himself and Brian Clough in The Damned United. He also describes his enduring friendship with the 'kid from across Dublin's Tolka Park', Eamon Dunphy, and his career on RTÉ2's football panel, where Giles' intelligent and insightful analysis have made him an even more well-loved and respected national figure.

John Giles was born in Dublin in 1940. A prodigiously gifted young footballer, at just 15 years of age, Giles signed for Manchester United. He moved to Leeds United in 1963 where he became the linchpin of one of the great sides of the 60s and 70s. He played for the Republic of Ireland for almost two decades. John is now a well-known and greatly respected football analyst.