Items related to Walks With Men 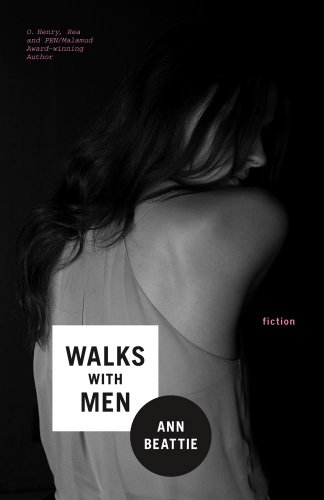 Ann Beattie arrived in New York young, observant and celebrated (as The New Yorker’s young fiction star) in one of the most compelling and creative eras of recent times. So does the protagonist of her intense new novella,Walks with Men.

It is 1980 in New York City, and Jane, a valedictorian fresh out of Harvard, strikes a deal with Neil, an intoxicating writer twenty years her senior. The two quickly become lovers, living together in a Chelsea brownstone, and Neil reveals the rules for a life well lived: If you take food home from a restaurant, don’t say it’s because you want leftovers for "the dog." Say that you want the bones for "a friend who does autopsies." If you can’t stand on your head (which is best), learn to do cartwheels. Have sex in airplane bathrooms. Wear only raincoats made in England. Neil’s certainties, Jane discovers, mask his deceptions. Her true education begins.

"One of our era’s most vital masters of the short form" (The Washington Post), Beattie brilliantly captures a time, a place and a style of engagement. Her voice is original and iconic.

"All women who have thought 'run!' -- but did not run -- will experience this book like a familiar dream. It's full of echoes and resonant fractures, and so beguiling in its eerie simplicity. I read it twice."--Miranda July, author of No One Belongs Here More Than You