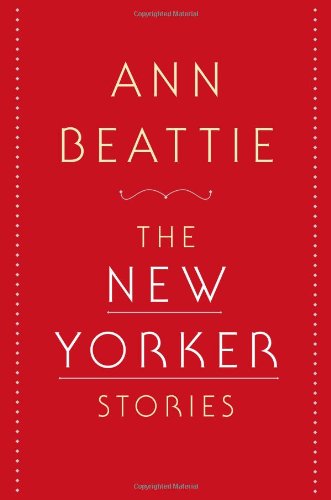 When Ann Beattie began publishing short stories in "The New Yorker "in the mid-seventies, she emerged with a voice so original, and so uncannily precise and prescient in its assessment of her characters' drift and narcissism, that she was instantly celebrated as a voice of her generation. Her name became an adjective: "Beattiesque." Subtle, wry, and unnerving, she is a master observer of the unraveling of the American family, and also of the myriad small occurrences and affinities that unite us. Her characters, over nearly four decades, have moved from lives of fickle desire to the burdens and inhibitions of adulthood and on to failed aspirations, sloppy divorces, and sometimes enlightenment, even grace. Each Beattie story, says Margaret Atwood, is "like a fresh bulletin from the front: we snatch it up, eager to know what's happening out there on the edge of that shifting and dubious no-man's-land known as interpersonal relations." With an unparalleled gift for dialogue and laser wit, she delivers flash reports on the cultural landscape of her time. "Ann Beattie: The New Yorker Stories "is the perfect initiation for readers new to this iconic American writer and a glorious return for those who have known and loved her work for decades.

"As much as anyone in the past fifty years--you give me your Mavis Gallant, I'll give you my Frank O'Connor--Ann Beattie's slow-forming monument of a lifework defines what the short story can do, the extent of human life it can encompass."--Jonathan Lethem

“It is a testament to [Beattie’s] unceasing artistic growth ... that the final works in this grand retrospective are as provocative as the first... This scintillating volume showcases Beattie’s stunning insights into the eternal isolation of individuals and each decade’s signature longing and conflicts. ... Laced with ambivalence and irony and punctuated with unexpected reprieves, Beattie’s brilliantly structured stories are mordantly funny, haunting, wise, making for a glorious collection.”—Donna Seaman, Booklist

Ann Beattie has published six previous collections of stories such as PERFECT RECALL and six novels including LOVE ALWAYS (Penguin) and FALLING IN PLACE (Penguin). She and her husband, Lincoln Perry, live in Maine and Key West, Florida.