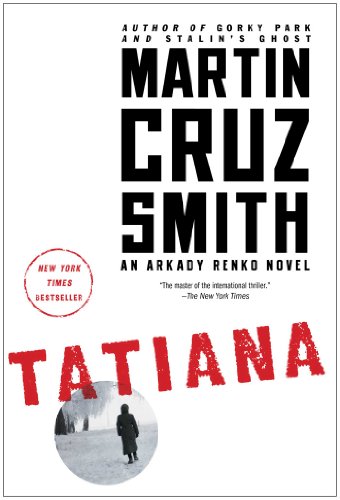 In his groundbreaking Gorky Park, Martin Cruz Smith created one of the iconic investigators of contemporary fiction, Arkady Renko. In Tatiana, Smith delivers his most ambitious and politically daring novel since. When the brilliant and fearless young reporter Tatiana Petrovna falls to her death from a sixth-floor window in Moscow in the same week that notorious mob billionaire Grisha Grigorenko is shot in the back of the head, Renko finds himself on the trail of a mystery as complex and dangerous as modern Russia itself. The body of an elite government translator shows up on the sand dunes of Kalingrad: killed for nothing but a cryptic notebook filled with symbols. A frantic hunt begins to locate and decipher this notebook. In a fast-changing and lethal race to uncover what this translator knew, and how he planned to reveal it to the world, Renko makes a startling discovery that propels him deeper into Tatiana's past - and, at the same time, paradoxically, into Russia's future.

'Muscovite Arkady Renko has long been the most persuasive of contemporary detectives... Tatiana, the eighth book in the series, is one of the most economical and polished... Cruz Smith can give us a landscape and a milieu with a crisp matter-of-factedness that poets would envy... He can make tension rise through the page like a shark's fin... The whole thing is at once grim and funny and beautifully done'--Independent
'After a lifetime of writing thrillers filled with secrets, the author of the blockbuster crime novel Gorky Park has revealed one of his own: Martin Cruz Smith has announced that he has Parkinson's disease...he kept it a secret [for 18 years] until last week. He is keen to spread the word about deep brain stimulation, a new treatment which involves drilling a hole in the skull and stimulating the brain with electrodes. ''My life was being led by my tremor; I don't have a tremor now, '' he said...His latest, Tatiana, is based on the 2006 killing of the Russian journalist Anna Politkovskaya. He intends to carry on ''till they carry me out.''' --Sunday Times

Martin Cruz Smith is the bestselling author of thirteen novels, including the Arkady Renko thrillers: Gorky Park, Polar Star, Red Square, Havana Bay, Wolves Eat Dogs, Stalin's Ghost and Three Stations. A recipient of the CWA Gold Dagger award for fiction in the UK, he is also two-time winner of the Hammett Prize in the United States. He lives in northern California with his wife and three children.