Items related to The Club of Queer Trades

The Club of Queer Trades 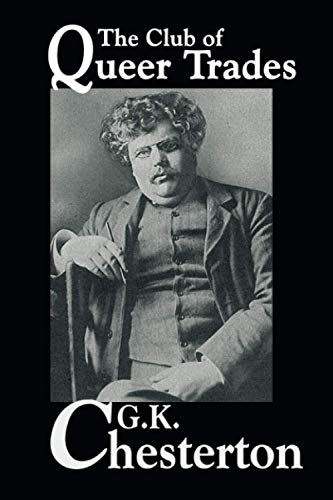 The six "Club" tales contained in this volume are an excellect near-parody of detective stories the late 19th and early 20th century (and in particular of the Sherlock Holmes stories of Sir Arthur Conan Doyle). Together, they form a pleasant introduction to G. K. Chesterton's whimsical, offbeat style of detective fiction.

1. The Club of Queer Trades

Book Description Wildside Press, 2021. Paperback. Condition: Very Good. The book has been read, but is in excellent condition. Pages are intact and not marred by notes or highlighting. The spine remains undamaged. Seller Inventory # GOR004771309