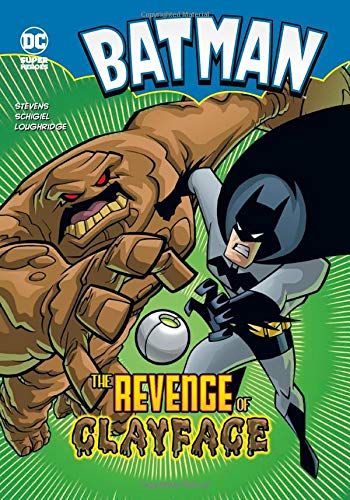 During a demonstration of the military's newest weapon, an orb that emits a paralyzing light, a general grabs the orb, crashes through the window, and falls to the streets below. When Bruce Wayne looks down at the street, he sees the thief turn into a gooey pile of mud and slip down a storm drain with the stolen weapon. He wasn't a general at all - he was one of Batman's strangest enemies, Clayface.

1. The Revenge of Clayface (Batman)

2. The Revenge of Clayface (Batman)

4. THE REVENGE OF CLAYFACE (BATMAN)