Items related to The antelope of Africa

Frost, Willem The antelope of Africa

The antelope of Africa 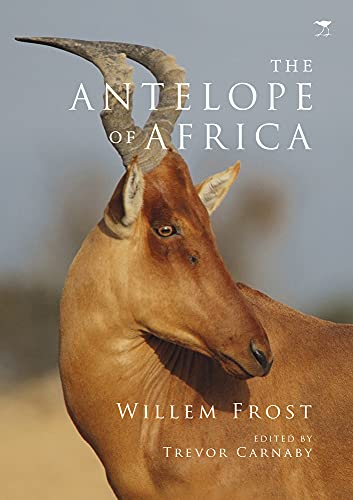 This is the definitive field guide to The antelope of Africa. This book conveys their conservation status, threats and risks for survival, distribution ranges, habitat requirements, habits and how some of the species were introduced to the scientific world. Specific reference is made to sub-species as the conservation prospects for many species differ from region to region. The text is easy to read and is complemented by distribution maps, full colour photographs and the latest taxonomic classifications. The Antelope of Africa also shares the story of Africa's antelope. The antelope family is becoming increasingly threatened as population numbers are on the decline almost everywhere. This book aims to raise appreciation for the diversity of antelope species and their plight in a changing Africa. It is a must for anyone with an interest in Africa's wildlife.

Willem Frost is a conservationist, a hunter, a writer and a photographer who has spent decades in the African bush exploring, hunting, studying, and photographing the fauna and flora of the region. Trevor Carnaby is a professional field guide with more than 20 years of experience. He leads private guided safaris through his company, Beat about the Bush Safaris, and has is the author of several books, including Beat about the Bush Birds and Beat about the Bush Mammals.

1. The Antelope of Africa