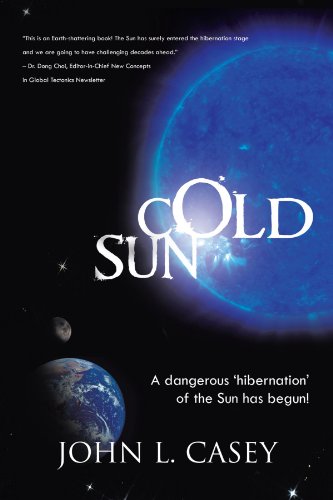 Climate change has been a perplexing problem for years. In Cold Sun, author John L. Casey, a former White House national space policy advisor, N.A.S.A. headquarters consultant, and space shuttle engineer tells the truth about ominous changes taking place in the climate and the Sun. Casey's research into the Sun's activity, which began four years ago, resulted in discovery of a solar cycle that is now reversing from its global warming phase to that of dangerous global cooling for the next thirty years or more. This new cold climate will dramatically impact the world's citizens. In Cold Sun, he provides evidence of the following: · The end of global warming · The beginning of a "solar hibernation," a historic reduction in the energy output of the Sun · A long-term drop in the Earth's temperatures · The start of the next climate change to decades of dangerously cold weather · The high probability of record earthquakes and volcanic eruptions A sobering look at the Earth's future, Cold Sun predicts worldwide, crop-destroying cold; food shortages and riots in the United States and abroad; significant global loss of life; and social, political, and economic upheaval.

John L. Casey has served his country, science, and high technology industries for over thirty-five years. He has been a national space policy advisor to the White House and Congress, a space shuttle engineer, consultant to N.A.S.A. Headquarters, and consultant to or president of several leading edge technology start-ups. He is currently the President of the Space and Science Research Corporation (S.S.R.C.) a leading, independent, research organization in Orlando, Florida, U.S.A. . The S.S.R.C. specializes in the science and planning for the next climate change to decades of cold weather including its predicted concurrent ill-effects of record earthquakes and volcanic eruptions. The S.S.R.C. is the primary U.S.A. advocate for national and global preparedness for this next cold climate era.

Book Description Trafford Publishing, 2011. Paperback. Condition: New. Excellent condition. Interior is tight, bright and clean; no underlining, notes or highlighting. Binding is smooth and solid. Paperback cover is clean and sticker free. Minor scuffing and/or corner bumps on the paperback covers due to shelf wear. 100% Satisfaction Guaranteed. All items are carefully enclosed with bubble wrap. We ship promptly and worldwide via US Post and will email you a tracking number. Seller Inventory # SKU0060959