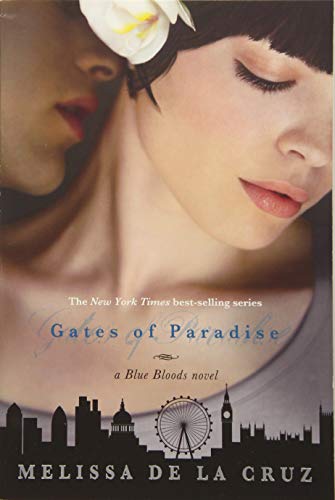 The series that started back in 2004 concludes. Lucifer is on the march, Jack and Mimi (vampires AND angels!) seem to be part of his minions, Bliss is joining forces with the werewolves, and heroine Schuyler, as usual, is trying to figure out what s going on. The last title in the seven-book Blue Bloods series (along with two companion volumes) is disjointed in structure and banal in its writing, and in terms of biblical legend, it makes little sense. Fans who have traversed countries and time zones with the gang over the years get the conclusion of a big battle, but it is so unimaginatively written, it might have been a description of a tennis match. Then all is wrapped up with a poorly explained miracle at the end. Though fans will be pleased all the loose ends are neatly tied, whether they ll think the ending offered has been worth waiting for is a question. Those looking for another incarnation of Blue Bloods will not be disappointed. Apparently, more are in the works. Ilene Cooper Booklist Online"

3Q 5P J S de la Cruz ends her popular Blue Bloods series with this seventh novel that features many of the strengths and weaknesses of its immediate predecessors. Set soon after Lost in Time (Hyperion, 2011/VOYA 2011), the novel finds the characters struggling to stop Lucifer from fighting his way into Heaven. Schuyler and Oliver, after spending time with Kingsley in London, find her father's family in the United States, while Mimi and Jack are sent by Lucifer out of the underworld, each with a terrible task. Bliss, still with Lawson and the others in her wolf pack, has also returned from the underworld to find that a year has passed. Chapters alternate between the three female leads and the historical incarnations of Gabrielle, all of whom, because of the plot-centered narrative, are now virtually indistinguishable and not particularly interesting as characters. In the end, Schuyler has to sacrifice Jack's life in order to vanquish Lucifer; to give up love (not to mention someone else's life) for the greater good is what she must do to undo the sin of her father (who chose love), although it does work out for her in the end. Oddly, the author ignores any of the possible ramifications of a world that no longer includes the Devil in favor of a happy ending. Still, all of the lovers are reunited, Oliver finds his own true love in a slightly icky, almost Breaking Dawn-esque twist, and fans of the series will likely not be disappointed.-Vikki C. Terrile. VOYA"

Harper (the Just Grace novels) demonstrates that less is indeed more in this quirky buddy-comedy sketch, first in the Bean Dog and Nugget series. Minimalist, two-color cartoons in orange and gray appear within rectangular panels, and Harper portrays her two protagonists as inflated stick figures Bean Dog has a tall oval shape, tiny Nugget is round with facial expressions that drive the story s humor. The dialogue, delivered in speech balloons, is similarly streamlined and snappy, and at times laugh-out-loud funny. Bean Dog is enamored of his new ball, but he isn t very good at sharing or playing nice. After he nails Nugget in the head with it ( Think fast, Nugget! Catch! ), he gets upset when it bounces into the bushes ( That was a bad catch ). They throw their shoes into the bush in hopes of knocking the ball out, but it takes a transformation into makeshift superheroes (after a particularly funny extended riff on the line, Are you thinking what I m thinking? ) to retrieve it. Bean Dog and Nugget squabble over sweet treats in The Cookie, due simultaneously. Ages 5 C8. Agent: Amy Rennert, Amy Rennert Agency. (May) PW"

The young, the fabulous and the fanged rule the upper echelons of Manhattan society in book 7 of this fantastically addictive series from bestselling YA author Melissa de la Cruz.

Book Description Disney-Hyperion, United States, 2013. Paperback. Condition: New. Language: English. Brand new Book. Schuyler Van Alen is running out of time. The Dark Prince of Hell is storming the Gates of Paradise, intent on winning the heavenly throne for good. This time he has his greatest angels by his side, Abbadon and Azrael-Jack and Mimi Force, as they are known in the coven. Or so he thinks. When Lucifer assigns Jack and Mimi the tasks of killing their true loves, the Force twins' secret vow to defeat the Dark Prince once and for all will face the ultimate test. How far will Mimi and Jack go to conceal their true loyalties? Meanwhile, former vampire Bliss Llewellyn has joined forces with Lawson, the greatest wolf of the underworld, to free his people from their imprisonment in Hell. As they struggle against seemingly impossible odds, an ancient message, woven into the very fabric of time, reveals just how much depends on the success of their mission. Only Schuyler, the key to the Gate of Promise, has the power to unleash Lucifer's army of Silver Bloods. When she is taken captive and delivered straight to Hell, Schuyler must make an unthinkable choice-the same one the angel Michael was forced to make in Florence so long ago. Will she find the strength to do what he could not? The epic, heartbreaking Blue Bloods series comes to a close with this final novel about staggering courage, unbearable sacrifice, and the immortality of true love. Seller Inventory # BZE9781423161103