Items related to Bleach Volume 35: Higher Than the Moon

Bleach Volume 35: Higher Than the Moon 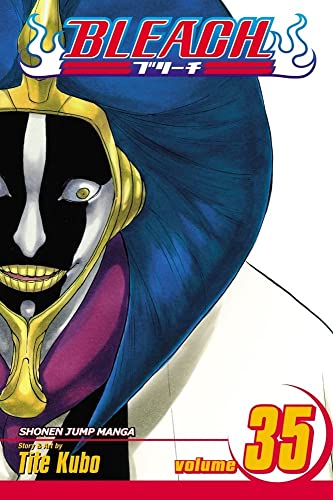 Higher Than the Moon While the Soul Reapers are entrenched in bloody one-on-one battles with the Espadas, their sworn enemy Aizen is preparing to make the next move in his elaborate plan. The battlefields of Hueco Mundo will soon give way to another batt

Bleach is author Tite Kubo's second title. Kubo made his debut with ZOMBIEPOWDER., a four-volume series for Weekly Shonen Jump. To date, Bleach has been translated into numerous languages and has also inspired an animated TV series that began airing in the U.S. in 2006. Beginning its serialization in 2001, Bleach is still a mainstay in the pages of Weekly Shonen Jump. In 2005, Bleach was awarded the prestigious Shogakukan Manga Award in the shonen (boys) category.