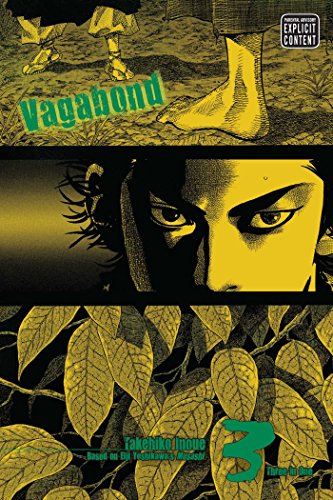 Real-life figure Miyamoto Musashi was the most celebrated samurai of all time. The quintessential warrior philosopher, Musashi authored A Book of Five Rings, a theoretical guide to military strategy still used today. But the path to enlightenment is an endless journey, and to get there through violent means - by way of the sword - makes mere survival an even greater challenge., Musashi suffers a humiliating defeat against Inshun, the second-generation master of Hozoin Temple. To prepare for a rematch, Musashi undertakes an intense spiritual and physical training regimen with a most unlikely teacher - Inshun's predecessor, the founder of the Hozoin Spear Technique. To attain the focus necessary to take on the most technically proficient and deadliest fighter he has ever faced, Musashi will first have to confront his own deep-seated personal demons.

Takehiko Inoue was born in Kagoshima prefecture in 1967. His first major success - the hugely popular 31-volume long basketball manga SLAM DUNK - sold over 100 million copies worldwide and catapulted him into the top ranks of Japanese manga artists. Besides manga, Inoue also worked on character design for the Playstation basketball game ONE ON ONE.

Book Description Paperback. Condition: New. Vizbig ed. Paperback. R to L (Japanese Style)Enlightenment by Way of the SwordReal-life figure Miyamoto Musashi was the most celebrated samurai of all time. The quintessential warrior philosopher, Musashi autho.Shipping may be from multiple locations in the US or from the UK, depending on stock availability. 616 pages. 1.020. Seller Inventory # 9781421522456

9. Vagabond 3 : One with Heaven and Earth VIZBIG Edition